Ep09: Nikesh Shukla on writing to make space for other people

Greetings, dear listener, and welcome to my conversation with writer Nikesh Shukla, recorded on Friday 3rd April 2020. Keep scrolling down for links to everything we discussed in this episode and pre-order his new book “Brown Baby” now, wherever you get books.

2. The One Who Wrote Destiny

Other things we talked about:

In the intro I talk about the Chuck Close quote “Inspiration is for amateurs”, which triggered last week’s blog post about habit tracking.

I mention having recently read “The Poisonwood Bible” by Barbara Kingsolver, which tells the story of one family (headed up by a particularly arrogant missionary) over three decades in postcolonial Africa.

In a discussion about how novels are created I bring up “The Hero’s Journey”, as popularised by Joseph Campbell – a fascinating look at story structure and why we react to it in the ways we do.

Nikesh talks about the powerful effect “The Buddha Of Suburbia” by Hanif Kureishi had on him as a teenager, and the moment he realised “The Good Immigrant” was giving his young readers the same experience.

Shoutout to the very brilliant Josie Long, whose “A Hundred Days To Make Me A Better Person” project kickstarted Nikesh’s first novel.

Nikesh Shukla is an award-winning, bestselling writer of books and television.

His debut novel, Coconut Unlimited, was published by Quartet Books and shortlisted for the Costa First Novel Award 2010 and longlisted for the Desmond Elliott Prize 2011. Metro described it as ‘a riot of cringeworthy moments made real by Shukla’s beautifully observed characters and talent for teen banter’. In 2011 he co-wrote an essay about the London riots for Random House with Kieran Yates, Generation Vexed: What the Riots Don’t Tell Us About Our Nation’s Youth. In 2013 he released a novella about food with Galley Beggars Press, The Time Machine, donating his royalties to Roy Castle Lung Cancer Foundation. The book won Best Novella at the Sabotage Awards.

His second novel, Meatspace, was published by The Friday Project. ‘Like Douglas Coupland’s Generation X,’ according to the Guardian, ‘this novel captures a cultural moment.’ It’s been lauded by the New Statesman, BBC Radio 4, the Independent on Sunday, and the Daily Mail.

Nikesh is the editor of the essay collection, The Good Immigrant, where 21 British writers of colour discuss race and immigration in the UK. The Good Immigrant won the reader’s choice at the Books Are My Bag Awards and is shortlisted for Book of the Year at the British Book Awards. A television show inspired by The Good Immigrant is currently in development. The Good Immigrant USA, co-edited with Chimene Suleyman, was released to acclaim from New York Times, Kirkus, TIME Magazine, Publisher’s Weekly, and more.

Nikesh’s third novel, The One Who Wrote Destiny, was published by Atlantic Books in April 2018. ‘A funny and moving novel about what we inherit and what we create for ourselves’ according to the Sunday Times. 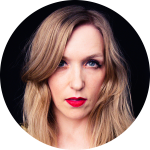